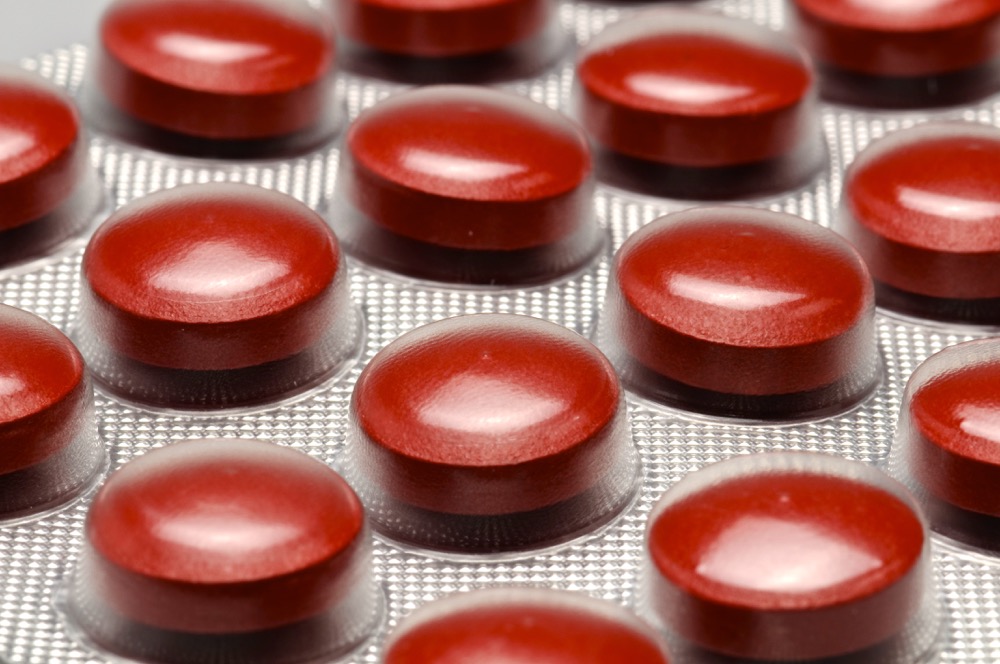 This Randomized Control Trial study included 290 pregnant women with iron deficiency ane-mia, and they were randomly allocated to a control group who received ferr-ous sulfate capsules for two months and study group who received iron po-lymaltose complex chewable tablets for two months. Complete Blood Picture (hemoglobin level and hematocrit level) and Serum ferritin level were done after four and eight weeks to determine the efficacy. In addition, any com-plains or side effects had been reported to assess the tolerability of the drugs.

Two-factor repeated measures analysis of variance (ANOVA) was used to compare the change in hemoglobin and serum ferritin levels in both groups.

There was no statistical significant difference between the two re-search groups as regards baseline hemoglobin, and at week 4 from onset of treatment (p values = 0.990, 0.112, consecutively). However, there was statis-tical significant difference on week 8 of continuous drug intake in both groups in which the iron poly maltose complex research group had signifi-cantly higher hemoglobin levels (p value = 0.006).